When Korr raised concerns that Penin could still be with the dark side and was trying to lure them into a trap, Katarn told Korr that he would not abandon Penin even if it is a trap. Korr was the first to find Penin, who apologized to him and implored him to bring him back to the Jedi Academy.

However, Korr turned furious because he thought that Penin had lured him into a trap, so he ignited his lightsaber and pointed it at Penin. While Alora tried to instigate Korr to kill Penin and join the dark side, Katarn used the Force to communicate telepathically with Korr and persuade him to spare Penin. 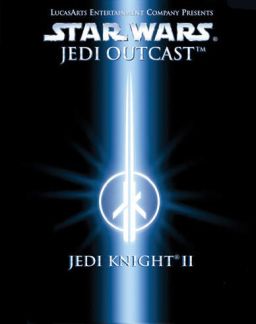 Korr realized his mistake and let go of his anger; he kept his lightsaber and tried to leave with Penin. Alora attacked them and cut off Penin's arm.

From Wikipedia, the free encyclopedia

Korr then dueled Alora and eventually slew her. Katarn showed up and told Korr to leave for Korriban first; he would catch up later after bringing Penin to seek medical attention. Korr landed on Korriban and joined the other Jedi in fighting the cultists while navigating his way through the Sith catacombs. He entered the Tomb of Marka Ragnos and saw Tavion using the scepter to transfer Force energy into the tomb. After Korr defeated Tavion in a lightsaber duel, Ragnos' spirit rose from the tomb and possessed Tavion.

After exiting the tomb, Jaden sealed the entrance and met Skywalker and Katarn on the way out, and they returned to the Jedi Academy together. Korr was honored as a valuable member of the Jedi Order and continued to go on missions to maintain peace in the galaxy.

On the other hand, a redeemed Penin was accepted back into the Jedi Academy and got a prosthetic arm. After igniting his lightsaber through Penin's body, Korr casts him aside and declares that he wants the scepter and its power for himself. He then duels Alora and kills her before leaving for Korriban. Katarn shows up too late and reassures a dying Penin that he is a Jedi; Penin dies in peace. Katarn then rushes to Korriban to find Korr and stop him.

He enters the Tomb of Marka Ragnos and kills Tavion in a lightsaber duel. Just as he is about to take the scepter, Katarn shows up and tells him to resist the lure of the dark side and end the conflict. Korr refuses and engages his former master in a lightsaber duel. Toward the end of the duel, Korr uses the Force to grab hold of the scepter and blast Force energy at Katarn, knocking him out. He then uses the scepter to make a pile of rocks fall on Katarn, and blasts a way out of the tomb.

Game Informer. Also maybe the original two Battlefront games. That would be nice especially if BF2 could use mods like the PC version. Hey if we are adding Kotor, can we add in the content into the second one that got left on the cutting room floor? It really does polish up Kotor 2 and make it a better experience. Knights is the Old Republic might not be as much of a pipe dream as one would think, seeing that Aspyr has already ported it to Android and iOS.

The rogue squadron series and Shadows of the empire especially will all be day ones for me.

I mean come on I get to fight Boba Fett in the game!! Yes, I know they made a physical n64 version recently. That's ok I made one of myself and for Vmon. Fun game I plan on buying whichever Star Wars game comes to the Switch, as long as it's not pinball Star Wars, I would buy all of them. Pod Racers and Force Unleashed were my favorites. Aspyr is a longtime Mac game publisher. Look them up on Wikipedia, they released a slew of great games, including the Star Trek Elite Force titles, too.

Krambo42 That would make this guy so happy. RiasGremory so how come we have Jedi Outcast then? The latter is one of my favorite games ever. Having that on Switch would be a dream come true. This is really cool news.


I just wish that for JA, and the KotOR titles, they would include more choices available for the look of your pc, when you start the game. I think the WiiU in docked mode is pretty much the only console that could have done it and even then, it wouldn't be the same.